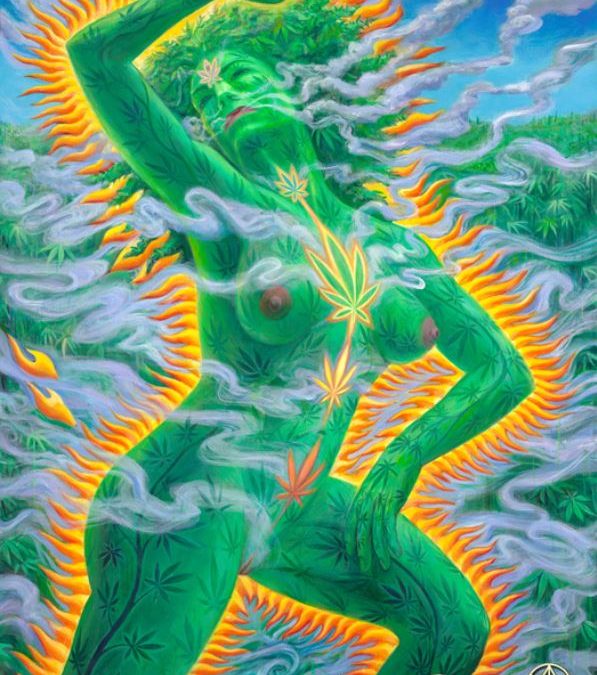 Ancient tantrists and modern researchers agree: pot and sex are two great things that go together

Marijuana and sex are gifts of nature.

We enjoy them because biology and evolution have equipped us to do so. Just as our bodies contain pleasure systems which reward us for sex; our brains contain neurocellular circuitry which can only be activated by substances with THC’s molecular structure. This makes the marijuana high a unique constellation of feelings, and there are only two sources for the substances which activate THC’s very own neuroreceptor.

Our brain is one source: it generates a neurochemical very similar to THC, called anandamide.

Translated, the word means bliss. The only other source for this bliss-producing substance is the cannabis plant.

Cannabis has been used in India for at least 3,000 years, probably much longer. The Indian Ayurvedic and Unani Tibbi medicine systems used cannabis to increase libido, conquer impotence, and cure various diseases..

Sacred texts describe cannabis-assisted intercourse lasting for hours  until a glow of fire envelops the lovers in total-body orgasms, which result in erasure of mental ideations and ego — the timeless freedom from self which equals Nirvana.

Cultures with sacred cannabis use tend to be cultures which recognize the ‘goddess’. That could mean mother earth, yin, or female beauty and virtues.

In countries such as Canada and the United States, interactions between cannabis and sexuality is complicated by gender politics, Puritanism, laws and the stresses of industrial living.

A few research articles and books provide useful information about cannabis and sex. These researchers concluded that people who enjoy marijuana tend to enjoy sex, and (surprise!) that marijuana and sex can be a powerful combination.

When marijuana dosage was appropriate, however, users reported that it increased sexual stamina and skill, tactile sensation, length and power of orgasms, and emotional bonding between partners.

People felt they became more loving, more willing to pay attention to the technical aspects of lovemaking and foreplay which women complain is often missing from male sexual repertoire.

Many men reported that their erections were bigger and harder when they were high; women felt that they became wetter, and more able and willing to contract vaginal muscles to maximize sensation for the male.

Some women said that they were sexually blocked when unstoned but easily became sexually aroused while high.

Some women reported that only when high were they able to achieve orgasm, other women said being stoned helped them achieve multiple orgasms.

For both sexes, orgasms were likely to be felt in the entire body, rather than confined to the genital area. Stoned sexers became more aware of cues leading to orgasm and felt freer to engage in body movements which increased pleasure.